Hi! My name is Esther, and this year I had the opportunity to present at the TedxYouth@Tokyo event.  For my talk, I spoke about how reading in Japanese helped me to build a reading habit and why reading is important.

TEDxYouth is an event where students can present about all sorts of topics and share experiences that others can learn and grow from. They encourage young people to have the confidence to talk about an idea they believe in, and aim to spread creativity through learning. The event gives students a chance to experience what adults normally organize, with high school students managing the tech team, PR & design, sponsor team and acting as the speakers. At Kaichi, we have had 2 speakers, as well as students participating as directors, advisors and in the sponsor team, and several attendees on the event day. 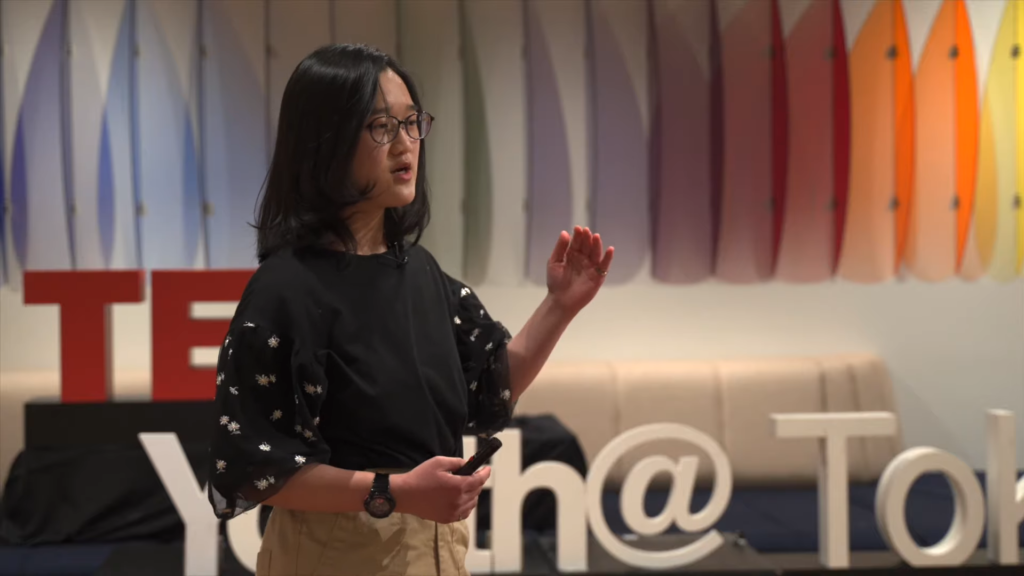 The process for preparing for the TED talk was similar to preparing for a school presentation, with writing the script, making slides, and rehearsing. It was just longer and more detailed. Writing the first draft took around a week and was not as difficult as I had thought it would be since my talk was based on my experience. The next step, editing, was unexpectedly the longest part of the project, and I remembered that I once spent 4 hours with my mentor just revising the script! This part of preparation took around a month and a half, and was based mostly on finding the clearest way to communicate and relate to the audience.

Lastly, I struggled the most with rehearsing, since it was a different type of presentation and would be presented to a larger audience. For school presentations, we mostly present factual information and can use notecards, which makes memorizing easier. This time, I talked more about my own experience and needed to be more expressive. When practicing, I often paused when I couldn’t remember the next line. Through this, I learned that it was better to have points memorized, but be able to switch up the script when needed. Once I used this technique, presenting my talk went smoother.

On the day of the event, I first felt calm, since I had rehearsed the day before at the stage and was familiar with how it would feel. However, once the cameras were on, I felt panicked because all the attention was focused on me, and this would be the final round of presenting. I forced myself not to dwell on that thought, and focused on presenting my talk with a level voice. The presentation seemed to pass faster compared to the practices, and though I still felt nervous at the end of the presentation, I think that I did well in speaking confidently.

The best part of this project was being able to share my love of reading with a larger audience, including my classmates and people outside of school. I encourage those who have an idea that they want to share or like presenting to join TEDxYouth next year! 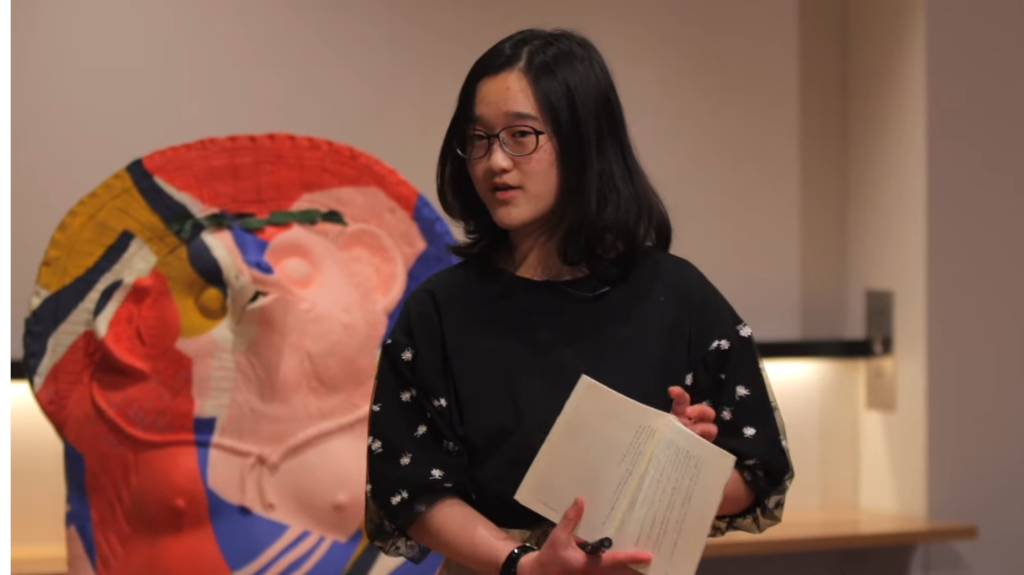